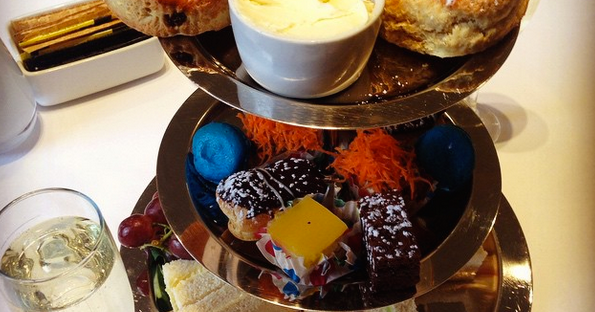 I think by nature I’m lazy. I’m not a strong believer of star sign characteristics but if there is anything that truly speaks about Tauruses, then in my case, it’s laziness or is it more to do with comfort-loving? Apparently I won’t move a muscle till I’m motivated to get up and work ;). It’s not actually true but what I did notice a long time ago when I gave up fencing is that if I wasn’t forced I wouldn’t do any sports. That lasted for a while and mind you, what I did for eight years, was quite strenuous – there were weeks (years!) of five-day training plus competitions over the weekends. When I graduated from high school I probably just wanted to give myself a break from fencing!

Now, years and years later, I thank my hard work because I still have nicely toned legs and arms. What’s “between them” I’m a bit less happy about… My slightly lazy lifestyle that’s filled with eating my husband’s deliciously cooked food or dining out and sharing his love for wine, has expanded my waistline somewhat and I’ve grown an ahem… ass :). It’s not all his fault but I have become a bit “softer”. I’m no longer a size ‘irrelevant’ from my modelling years in Ireland but I still like to keep fit because I want to be able to fit into all the dresses I’ve bought over the years ;). Since I quit fencing I’ve tried squash, tennis, pilates, yoga, running and I do appreciate a good workout and the satisfaction it gives me. My long time ago developed muscles have memory and I like to keep it alive.

A couple of years ago I discovered YouTube sensation Cassey at Blogilates and I started following her monthly workout plans but after about six months I couldn’t keep up anymore. I did find the videos effective but I didn’t have time to spend an hour six days a week on my workout mat. I still follow some of her routines and here’s a very short list of them, my favourite ‘bums, tums, thighs’. Go on, give it a try!

So, I mentioned that not having enough time was the issue and earlier this year my husband saw an ad somewhere for T25 and even he said he’d give it a go! It’s basically three levels of workouts – alfa, beta and gamma and each last five weeks. 25 minutes a day 5/6 times a week Focus Interval Training (FIT). And damn, it’s hard! The instructor Shaun T shouts at you when you stop :). 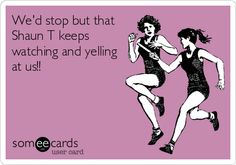 We did alfa and beta DVDs and then kind of took a break because we were either ill or found some other excuses and we’ve yet to challenge the gamma cycle… So far, it’s definitely made us fitter. The goal wasn’t so much to lose weight but to get into better shape and along the way I have lost half a kilo, which isn’t bad, considering we didn’t follow the meal plans or give up alcohol. Therefore we don’t really have proper before and after photos of our progress. But if you followed the whole plan to a T with Shaun T, you’ll definitely have amazing results.

What I have also noticed is how much my sleep has improved! I’m a very light sleeper and go through bouts of insomnia but waking up and working out earlier makes me nicely tired in the evenings and I fall asleep within minutes.

A lifestyle blogger and a holistic sleep coach who's recently moved back to Estonia after 16 years spent abroad - seven in Ireland and nine in England (eight years in London). View all posts by Livia

Ei see kevad taha tulla ega olla. Õnneks on olnud paar superilusat päikesepaistelist päeva, mil saime natuke soojust naha vahele, et siis ülejäänud nädala jälle edasi lõdiseda. 😢
A bit of playtime on our home beach after kindergarten. I really do love where we live! When we stopped at a cafe she told me “mama, coffee?” Yup, at 5pm because I feel exceptionally tired today as I’ve been working late hours every evening for a while now. I’ve submitted my sleep coaching studies assignment, I’ve published my sleep consultancy website and the marketing project I’m involved in has really kicked off now. Oh, and I’m attending a course on how to set up my own business. I’m taking a break this evening though and give my 🧠 a much needed break.
#flashbackfriday #lastsummer
Look at me hanging out on my own! It’s my husband’s chance to spend time with our daughter as he works crazy long days. So far they’ve done shopping together and practiced her bike riding skills! I really needed that breather because she’s such a koala 🐨 baby with me and only wants me for everything. Reminding her that dada does exist too doesn’t always work. 🤪
I think I’ve finally cracked the proper seasonal dresscode conundrum in Estonia. While in London we got away with one coat over the autumn/winter/spring season, it’s another kettle of fish over here. I’ve educated myself on different brands, what’s the acceptable waterproofing level, what is softshell material and so on. Basically, it’s safe to trust anything made by a Nordic brand because they are familiar with the tricky weather conditions over here.
Let’s talk pregnancy 🤰🏻skin. I had pigmentation with my first one and now rosacea with the second one. I’m not sure what this pregnancy glow is meant to be, perhaps I’ll see it when I get my summer tan on... for now though I’m slightly struggling with my rosy cheeks that also turn spotty at times. I’ve started using these serums by @skinlabobeauty - Vitamin C pure shot to brighten the skin and Sensitive Skin pure shot to reduce and prevent redness. Wish me luck! 💙