Thanks to Facebook telling me what I’ve been up to x years ago this day, throughout March I’ve been seeing old posts and photos about warmth and sun. So, a quick recap since 2012. Maybe not the most attractive photo of me but that’s the only one illustrating our first picnic of the year on 24th March.

Moving on to 2013. This was taken on 5th March. 5th! I’m repeating myself but how did it even happen? I remember it being warm enough in the wind shade to rip a few layers off and let the sun warm the skin.

It’s not getting much better. This is on 16th March 2014 and we were on a lovely weekend break in Cotswolds. You can see me wearing short sleeves but to be honest I was being a bit brave as it was rather windy and cold on top of the hill. Still, the temperatures were in healthy double figures.

Finishing this up with last year’s capture on 7th March. It was the first really warm day of the year and we spent the whole day drinking cocktails and wine in the Waterway and Warrington. I was sporting a new look, I don’t normally wear hats like these. I had to cover my face from the sun as I had Environ Cool Peel facial that morning. 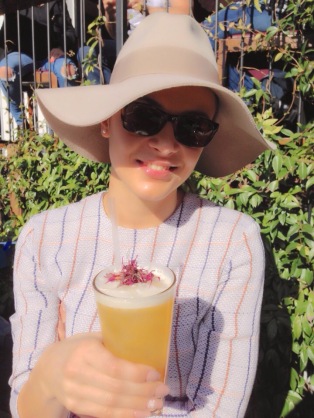 And here we are… 2016. I’m still wearing my winter coat, gloves and boots. Every now and then when the sun does pop out the temperatures reach a meagre 12 degrees, barely warm enough to swap to a thinner coat and tights ;). Yet, you see some nutcases wearing t-shirts and flip flops.

Warm spring, where are you?

A lifestyle blogger and a holistic sleep coach who's recently moved back to Estonia after 16 years spent abroad - seven in Ireland and nine in England (London). View all posts by Livia

1.5-year old Lion King 🦁 👑 .
Haapsalu, my hometown, is amazing in the summer. Cannot wait to go back.
Accepting an award for keeping the kiddos alive, fed, entertained and just generally well looked after and loved by myself alone in my lonesome while husband was away on a business trip.
London, you’ve been amazing.
With my London baby. I’m beyond excited to be back and welcome the new year from here. We’ll be visiting some of our old stomping grounds and reminisce on London-life pre-kids. But also take M&M around and see if anything is familiar to her… she was two when we moved.