A couple of weeks back we went to Frock Me! vintage fair in Chelsea Town Hall. It’s one of London’s original and most well known vintage fashion fairs with 50+ exhibitors. I’ve been wanting to take a look for years but somehow have never managed to make that short trip till now.

END_OF_DOCUMENT_TOKEN_TO_BE_REPLACED

I’ve been enjoying autumn this year because it’s been a very mild one. Back in September we had a heatwave when the temperatures reached low 30s (I remember that week clearly because I was so ill with a cold. My husband did a fine job looking after me but what with being an adult, life goes on and things need doing, all I really wanted was being a kid and having my mum or dad nurse me back to normal) and October has been impressively sunny and warm too. Finally, when the nighttime temperatures started hitting below double figures, I realised I could do with more layers on me.  My winter clothes tend to be black but my autumns are brown. So here I am with one of my favourite outfits going for a Sunday walk. 👜 🕶 END_OF_DOCUMENT_TOKEN_TO_BE_REPLACED

Pyjama or not pyjama? Perhaps not during summer but winter is coming… Even if it promises up to 31 degrees in London next week 🙂 but soon it’s time to cosy up in something comfy! When The Reach London contacted me about their Kickstarter campaign asking for support in launching a new luxury pyjama collection, I must say I was very keen to collaborate with them.

END_OF_DOCUMENT_TOKEN_TO_BE_REPLACED

This was my first time ever at horse races and we did it in style at Royal Ascot! View all the photos from the day – Marc Mordant Photography at Royal Ascot.

END_OF_DOCUMENT_TOKEN_TO_BE_REPLACED

This summer (what? did we actually have summer this year? 🙂 ) I went to a friend’s 40th birthday celebration that had a 70s theme. It was highly entertaining to see so many guests truly embracing it and turning up in afros, bohemian florals, hot pants, bell-bottom trousers… We were a colourful noisy crowd!

I had a total last-minute wardrobe change. I was planning to wear a relatively simple jumpsuit that to me looked 70s enough but earlier that day I just mentioned in passing that I’ll be going to this theme party and a friend of mine said she had a genuine custom-made dress that her mum had made in the 70s! Success! So this is what I wore: first from the left: 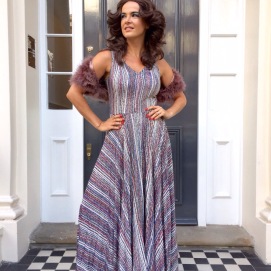 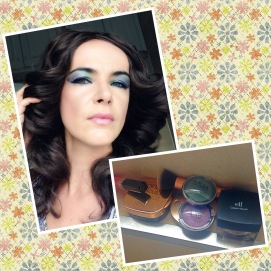 END_OF_DOCUMENT_TOKEN_TO_BE_REPLACED

Last week, Sweden’s Prince Carl Philip got married and as in every country with kings and queens, the designer of the royal bride’s dress isn’t revealed until the very last day. The breathtaking bride, Sofia Hellqvist, wore a stunning gown by Swedish designer, Ida Sjöstedt, to her wedding to Prince Carl Philip of Sweden in Stockholm. And a Swedish designer was an obvious choice. The dress featured lace sleeves over a white bodice, looking very similar to Princess Kate‘s wedding look.

I was introduced to her designs (and to her!) last summer when I was invited to Swedish designers’ pop-up shop in Chelsea. My (Swedish) friend Lina literally forced me to try this sexy black dress (it’s called Mylene Dress) on and once it was on… I was sold… This is now the next most expensive piece of clothing in my wardrobe after my wedding dress. But if I say that I’ve already worn this to two weddings and a gala dinner, then I think, I’ve already got a lot of wear out of it! It’s precious to me! 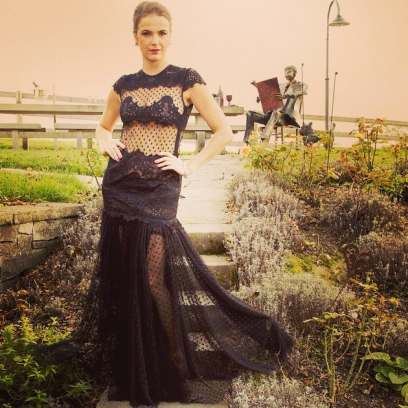 Anyway, since last summer I’m an absolute fan of Ida Sjöstedt’s beautiful, sexy designs. It’s a shame I cannot really afford to buy more of them!

What’s your most precious piece in your wardrobe?

#honestpost
She’s not camera-shy 😂. #tbt summer of 2020.
May 2022 bring a bit of that old normal back that we’ve missed since 2019. Here’s to more new friendships, parties and travelling! 🥂🥳❤️
Missing this little cheeky face who’s staying at her grandparents’ for the first time! Odd to wake up without her yelling mama or dada from her room. Odd to just have the baby around. 😂
Merry Christmas! 🎄We hope you can all be with your loved ones! 🤗
Gosh, I love them to bits but I’m also so tired. The autumn and winter have been so tough with constant colds and coughs and the little one giving us plenty broken sleep recently. 🎵 All I want for Christmas is sleeeeep. 🎶