I’m posting this when she’s already 5 months old but the messy month of January just didn’t allow me to relax, sit down and finish this blog post… ☹️. She was already sleeping 8-10 hour stretches when she was 3 months old and when she was about 4 months and a few weeks it all changed… I was desperately looking for reasons – is it a sleep regression, is she unsettled because of the third set of immunisations, is it a growth spurt, is she in pain because of teething? Well, it could have been a combination of all the aforementioned because she started waking every 3-4 hours again, like she was a newborn. She was also very unsettled and some nights would stay awake for hours.

I didn’t take it well… To make things worse, my husband was away for work a lot and I wasn’t coping. I got friends to come over to either calm me or her down and I even had night nannies for a few nights. That really saved me as I was full of energy during the day to look after her. But it really scared me that I felt I wasn’t doing a good enough job and couldn’t stay cool and collected for her sake. It was a real lesson for me, how to prepare for the worst and how to stay calm. She picks up my emotions and if mummy is crying of course she is unsettled too!

I’ve been keeping her bedtime consistent since the New Year and she has been falling asleep between 7-8 most evenings. I continued with the same routine every evening and kept persisting and I’m so glad to say things have again improved a bit! Her longer stretches are about 8-9 hours long again. Until something else upsets her… 😭 .

Some mums will say that their babies already sleep through the night. Well, she doesn’t although 8 hour stretches aren’t bad, but I’m sure we’ll somehow naturally get there while I still feed her and rock her to sleep. For some naps she has started falling asleep by herself without me rocking her and she hasn’t even cried! If she had I would have picked her up very soon. I’m still firmly in ‘I won’t let her cry out’ camp.

The other day a friend said how she got her ~4 month old sleep trained. That she has to learn no matter how much she cries. 😡 After a few days she was “fixed”. I really wanted to tell her that her baby was never broken but kept my tongue behind my teeth. It just doesn’t sit well with me. I’ve been told numerous times that I shouldn’t be doing this or that but I always follow my gut and right now, whatever I do, feels right. Also, whatever works now is right and once it stops working I’ll move on and find another solution. I don’t want to fix something that isn’t broken! Soon enough I will miss those evenings when I fed her to sleep.

So, I survived a bad month but there will be many of them ahead. Am I more prepared?! I do hope so but I do know her smiles and giggles during the day keep me going no matter how tired I am. 💗 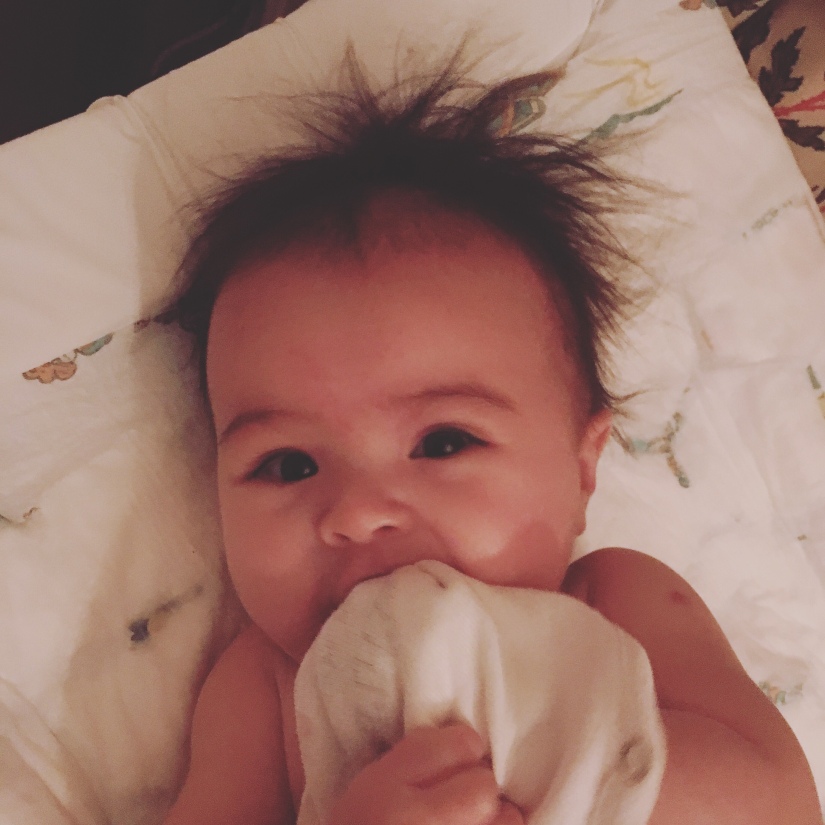 Published by Liv Living Her Life

An Estonian back in Estonia after 16 years spent abroad - seven in Ireland and nine in England eight years in London). Mum life, parenthood, settling in a new country again, and other musings. View all posts by Liv Living Her Life